Keep Calm: It's My Birthday Run

Saturday was a bit of a big day. I ran a race (whoa, shocker I KNOW). I seem to run a few.

When the Eyeball the Wall race was announced I was immediately IN! On my birthday AND perfect timing for the half marathon. I could do the 15km and have that training run done! Perfect. Then...there was the "well...it IS your birthday give yourself a challenge." Do. The. 30. Was the suggestion. I'll ponder it, I said. And then someone registered me. um. Well then.
And so I adjusted my training plan. For the most part, I was pleased with the runs leading up to it. This would not be a race for speed, it would be a damn yeh i CAN kind of run. So, especially after a terrible bout with the flu, I really wasn't sure this would be pretty. I ha been in bed for a week, missed two weeks of long runs...and was nervous. In order to see if I was going to be "ok" I did three back-to-back" runs - they were just over 10km, 8km and 11km. I knew it would be tough, but I was confident I would finish...but not in the nice little goal I had in my brain. Just keep moving.

The morning of the race was pretty good. But a tad chilly. Mother nature decided to blow in. The wind was cold. I ended up wearing another layer (a vest) cause it was so damn windy. We got there super early and got a park spot. And a pee break. Within 20 minutes there was a little line for potties! 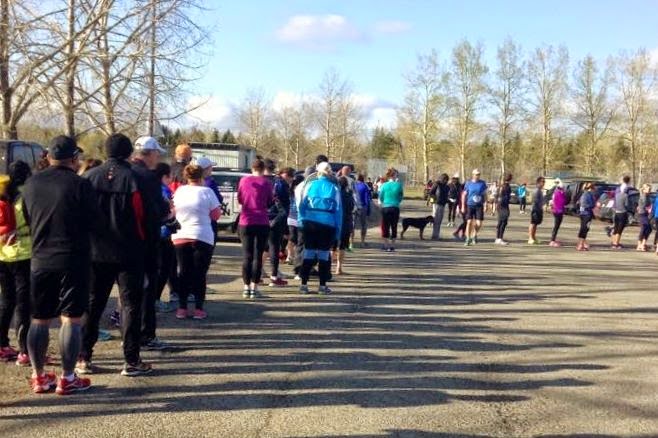 And then we waited for the race to start. 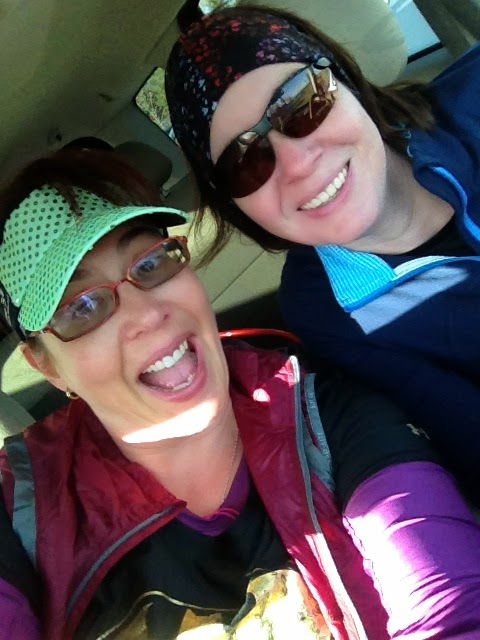 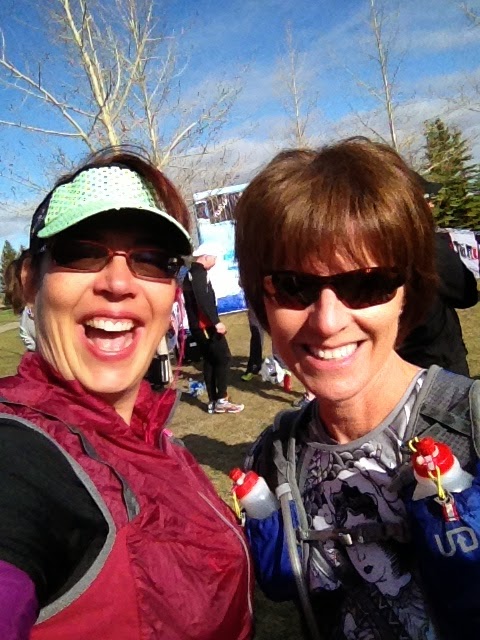 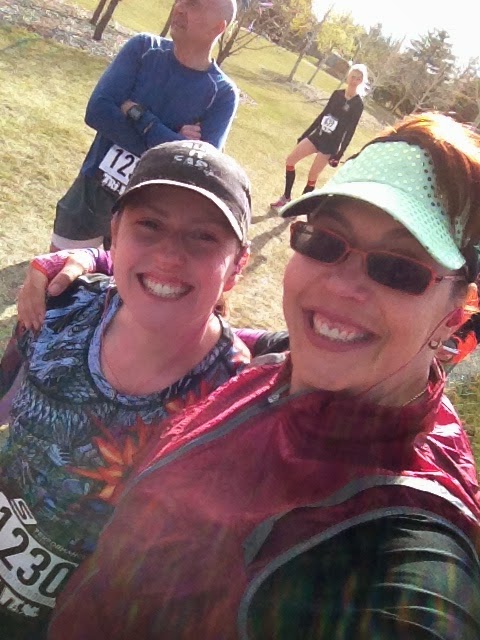 Selfies with Tara, Rachel and Sue were a must! 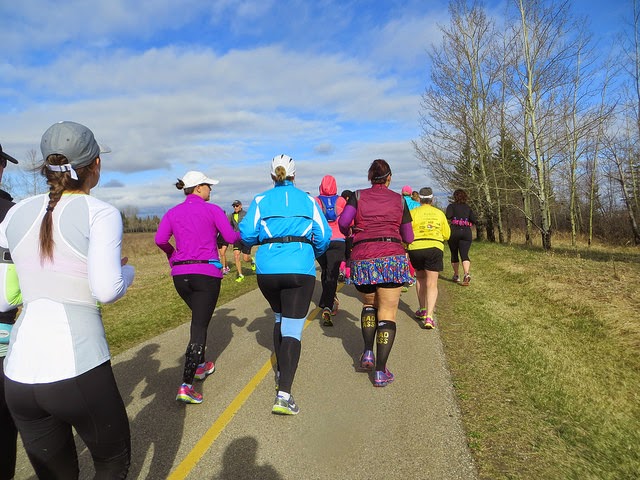 I felt grat and was pleased with my pace the first 15k.
Even after that turnaround for the net few was good too.

On the way back out for final 15k I ran into Jenny and then Dawn who were finishing their 15k race! 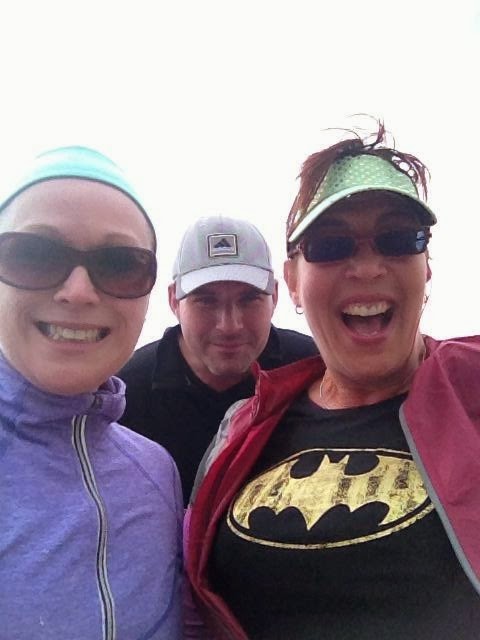 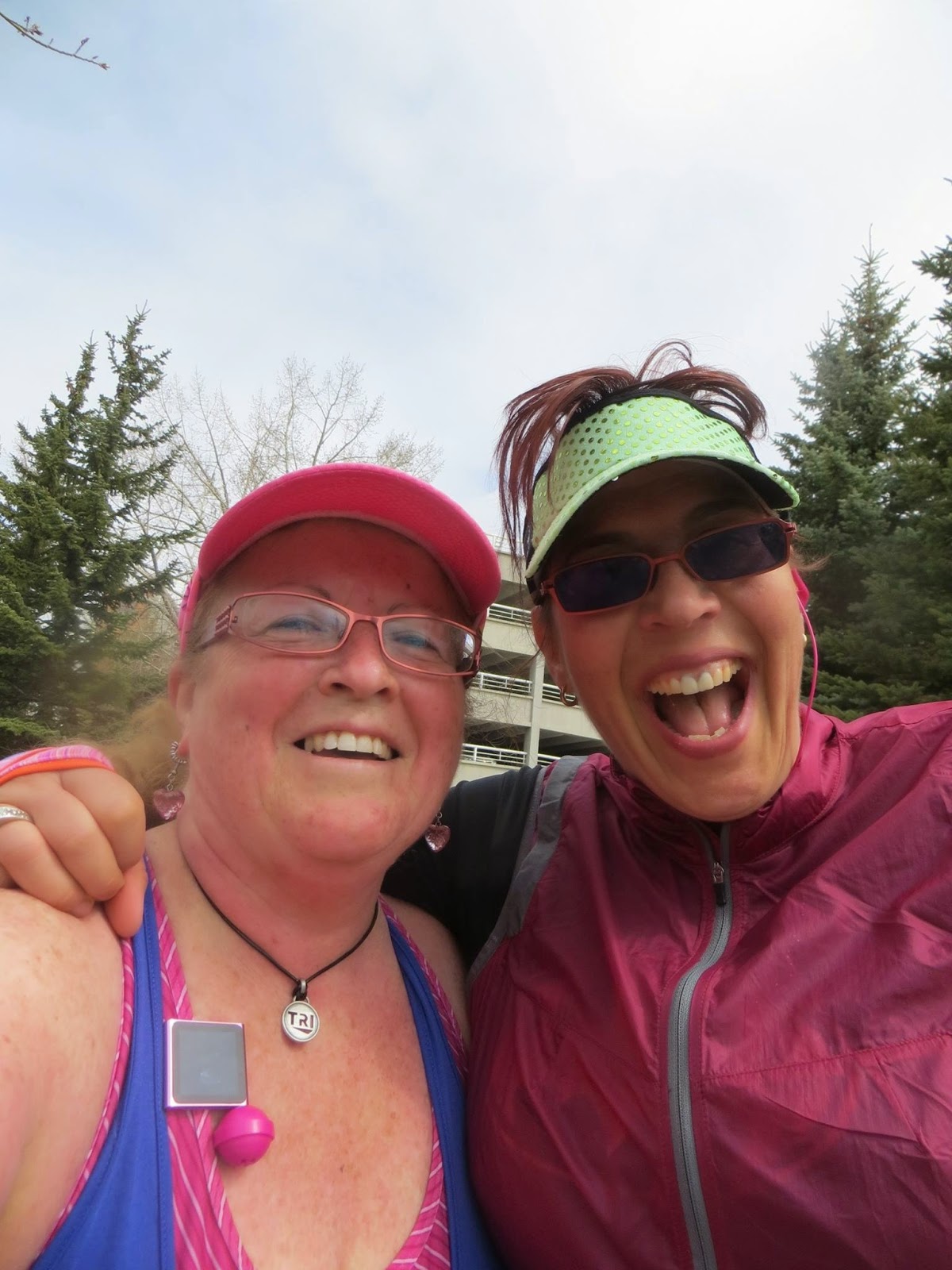 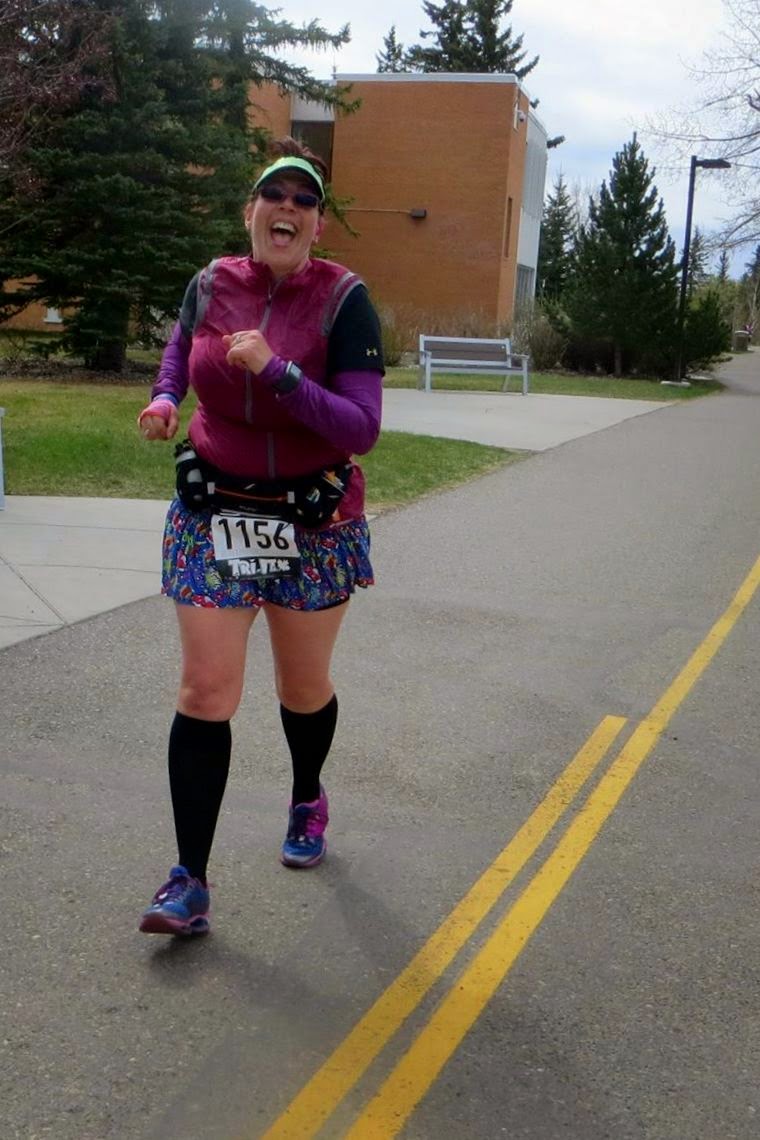 Then...I saw the wall. I gave it the eyeball and kept movin right towards...

All the aid stations were great, every 5km so it was really helpful to focus on keeping energy up!

Just after that, I ran into Karen -- her cheers and humour buoyed me 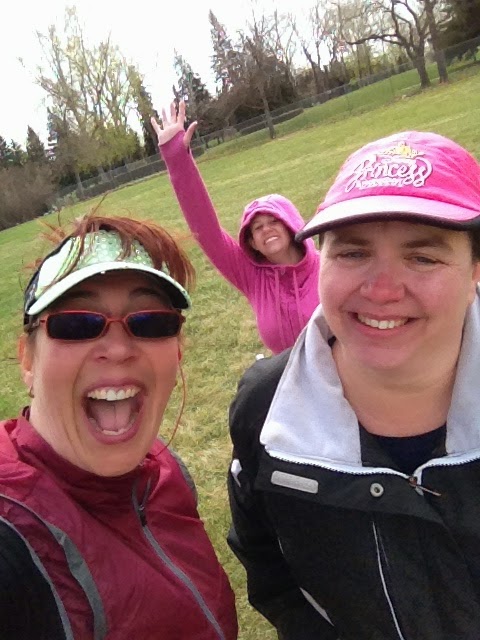 24km was tough, but I knew i was nearing another aid station and ...then... a nice big old downhill (massive downhill really) where I would enter weasel head. This meant some great views

And then just another few K to finish....
Keep on moving - UP and onwards  on that hill to take me out of weaselhead and to the finish!
Those last 3km sucked but were also good. It was a little mind wrestling activity.
But. I . Got. It. Done. 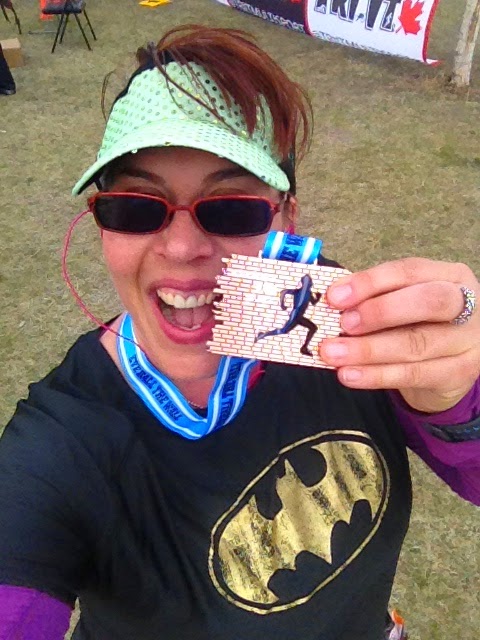 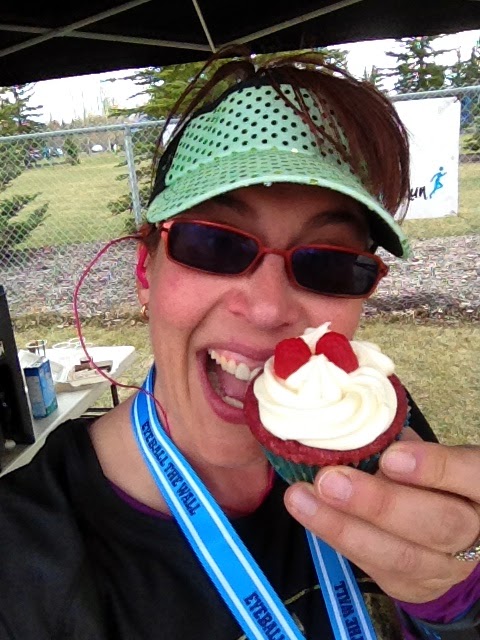 I was so flipping happy to see the finish...
yes, 30 mins off my goal time. But, given the past few weeks, I am pleased.
And I could hear everyone singing happy birthday - so sweet!
And as you can clearly see the medal and the cupcakes Jenny made were also sweet!

Even though I had peeps waiting for me to go for breakie, I chose to get a post-race massage.
Best Decision Ever.
Then off we went for breakfast: mimosa and eggs bennie! 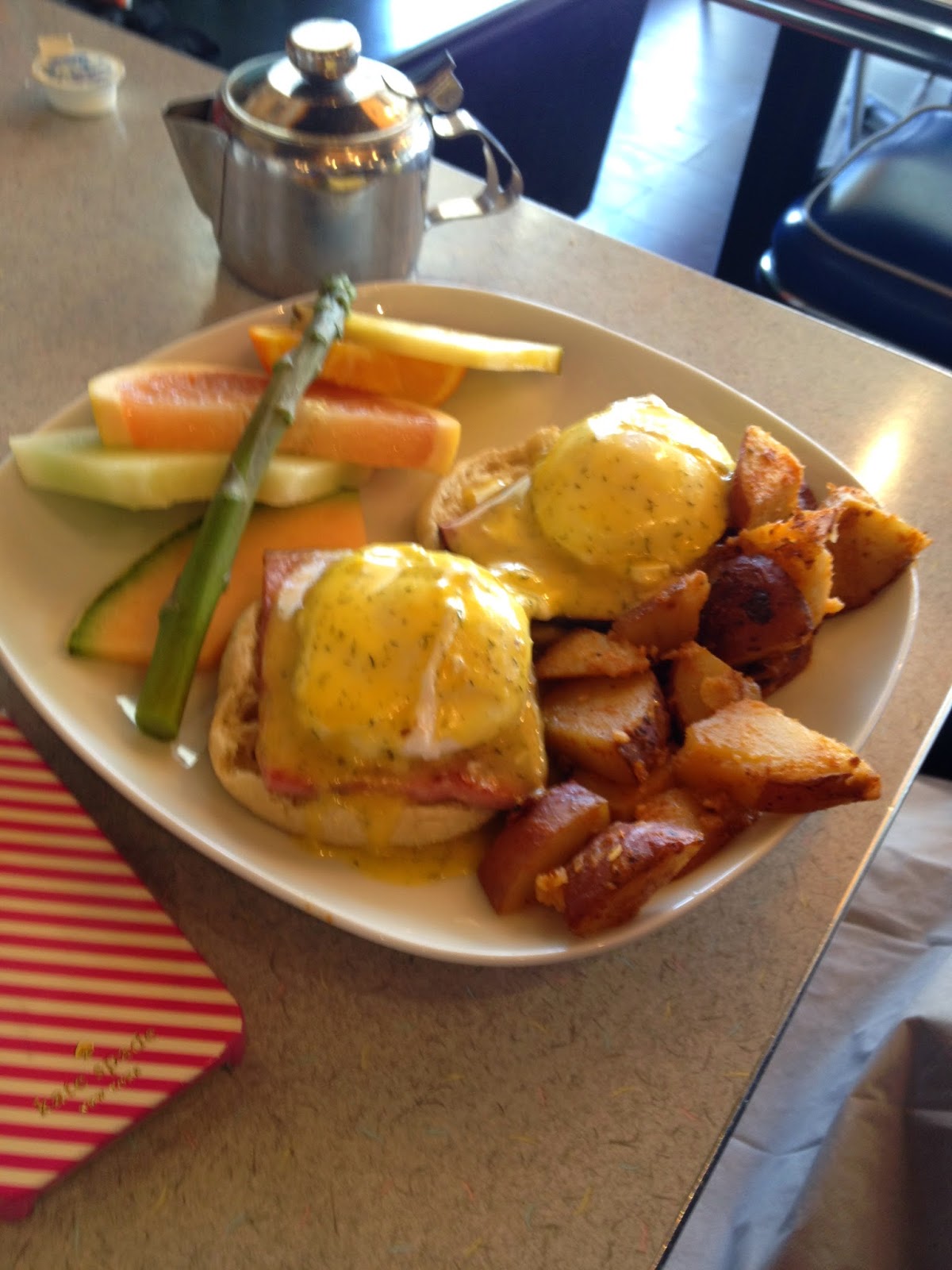 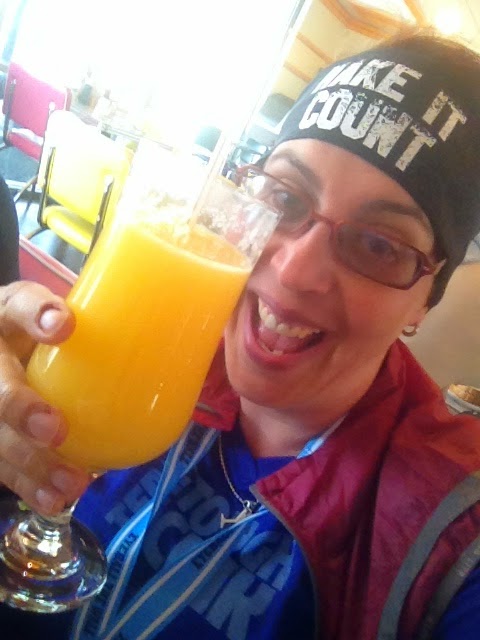 Yup It was a great Birthday!
Thanks Tri-It for throwing such an awesome partay!! 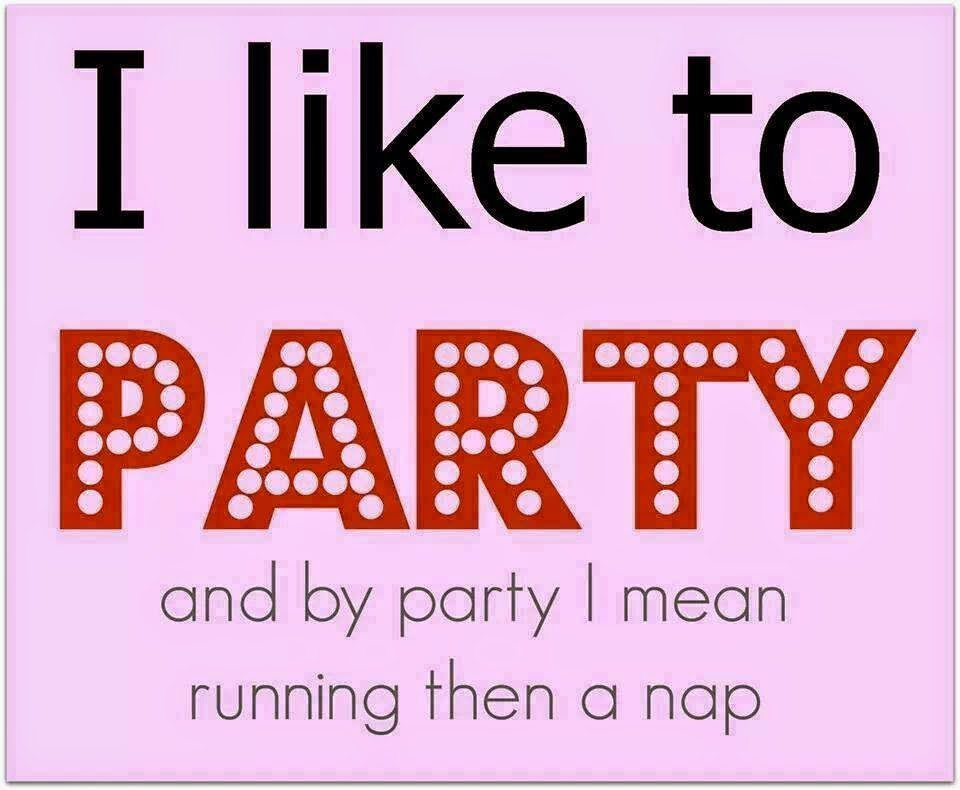