Today was the Terry Fox Run in Calgary.

I promised the fabulous Jenn I would come run with her - even though I was doing a halfmarathon on the trails the day before. We will do a nice easy run....we say. So while on the trails with Sue, I get her to come with too.

So after a nice sleep in (til almost 9 am) we head down to Eau Claire to meet Jenn at 10ish!

Wait...
I should give you a little info on Terry Fox - in case you aren't so familiar with his story.


Terry was a young guy who was diagnosed with Cancer. He had lost his leg ... and decided to run across Canada to raise awareness. He had a dream to stop cancer. 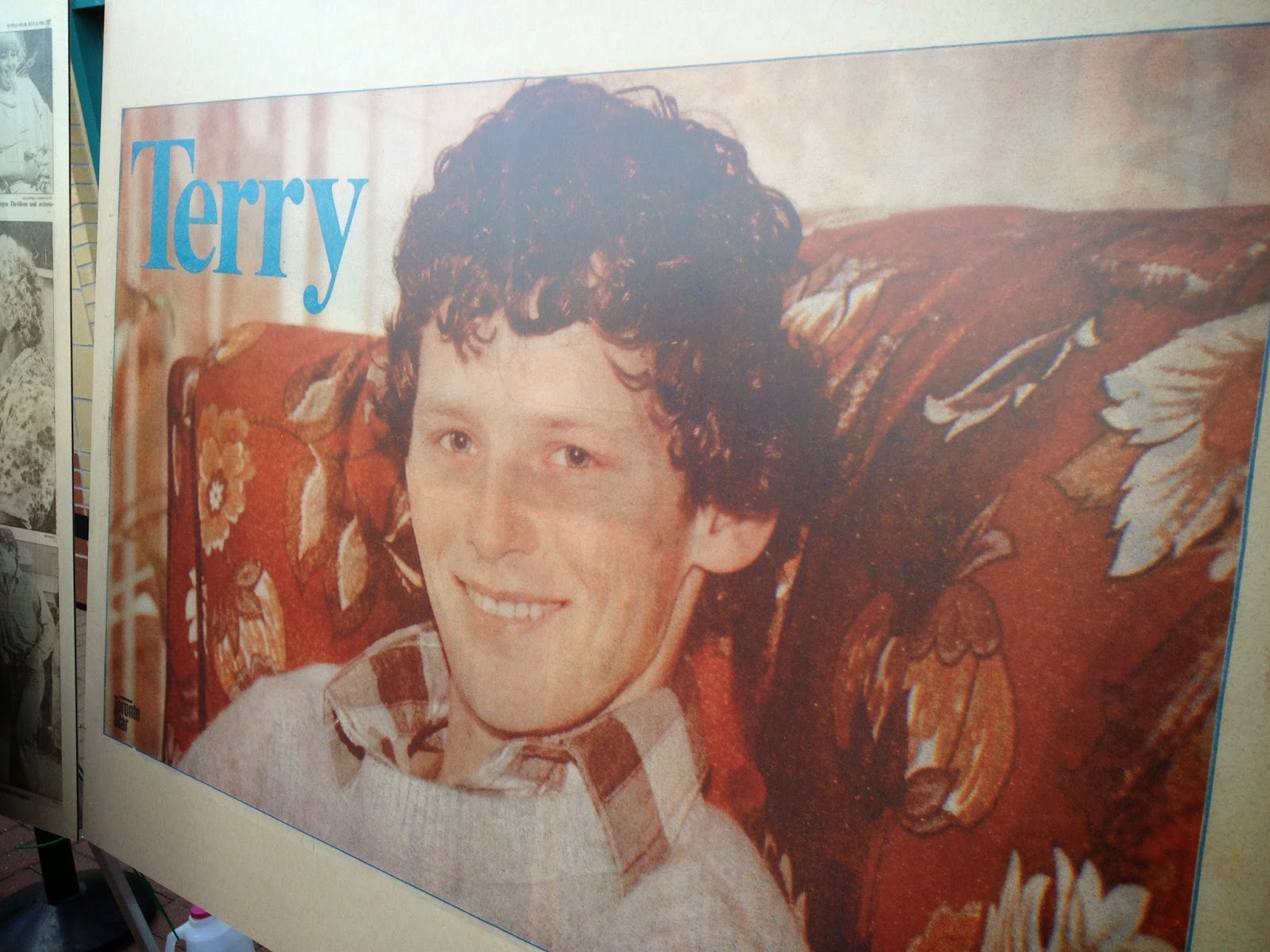 On April 12, 1980 he started his run in St. John’s, Newfoundland. Dipping his leg in the Atlantic Ocean. With the intention a few months later to finish at the Pacific Ocean. He ran close to 42 kilometres (26 miles) a day  - passing through Canada's Atlantic provinces, Quebec and Ontario. I rremember running home from school and watching the TV for his updates on the news. I was 11 and in grade 6. He was a national hero. Such an an inspiring figure. He made the news EVERY night! We were riveted in joining his journey.

However, on September 1st, after 143 days and 5,373 kilometres (3,339 miles), Terry had to stop running. He was at Thunder Bay, Ontario. The cancer had appeared in his lungs. I remember it being the biggest story EVER that night. WE were all so stunned and saddened. But he would get beter right?? He would finish this and we were gonna see him run! But, less than 2 months later, on June 28, 1981 Terry passed away at the age 22.

I remember than very next September we did our first Terry Fox run at school. Thirty-four years later, is legacy still continues...

Sue and I got to the race start and it was teeming with people. Several hundred came out to celebrate Terry's legacy. Sue signed one of the large memory walls - she was running for her mom, Louise. 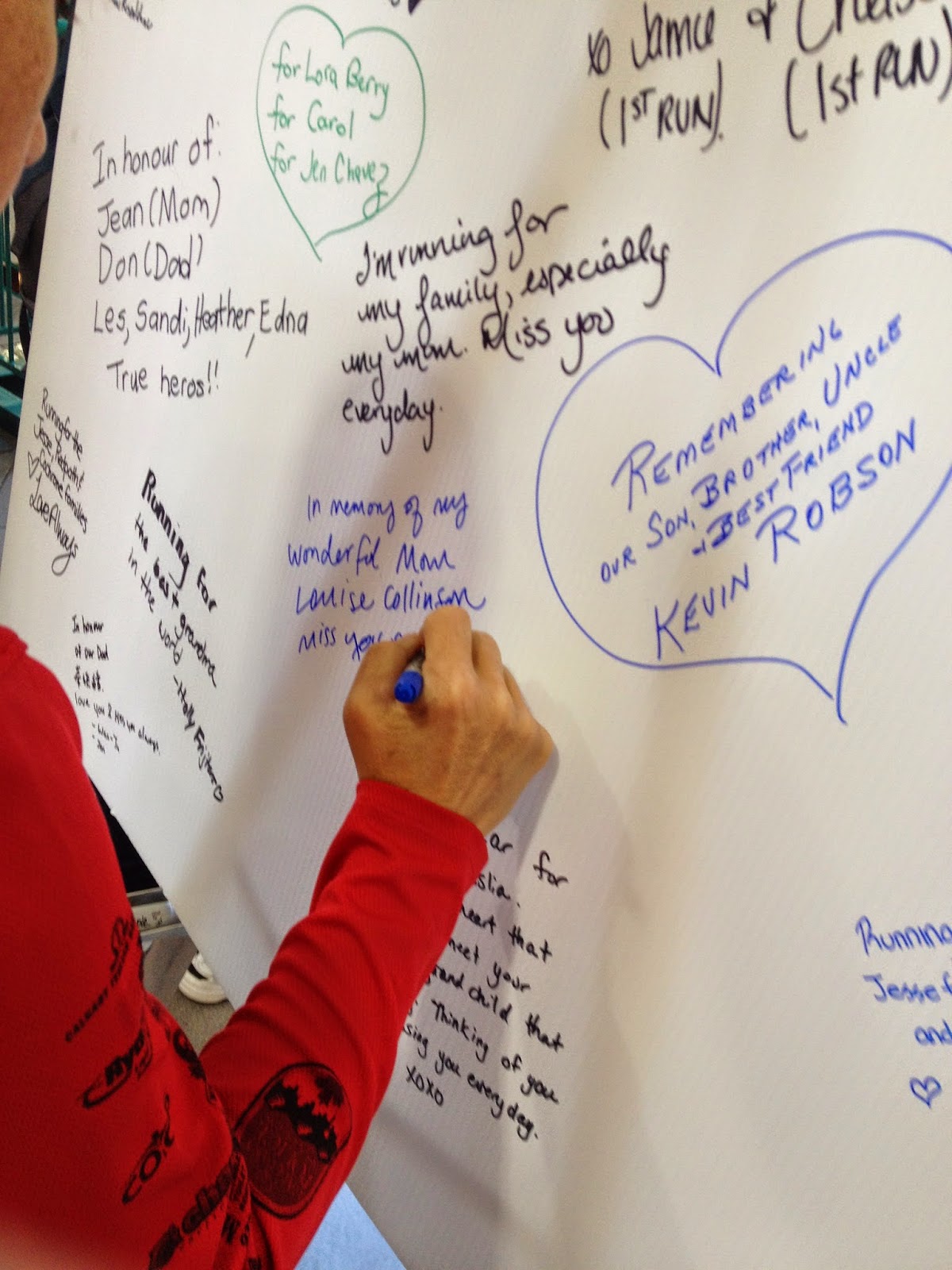 We met Jenn and got ready to hit the pathways! 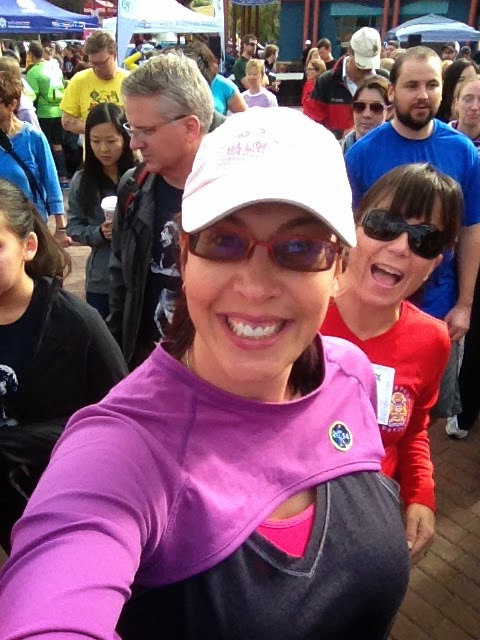 As you can see...sue is the best photobomber EVER.

As we had run a trail half yesterday, we were taking it easy. And, Jenn, had come prepared to walk. But she gamely took us up on the offer to do a shakeout 10k! 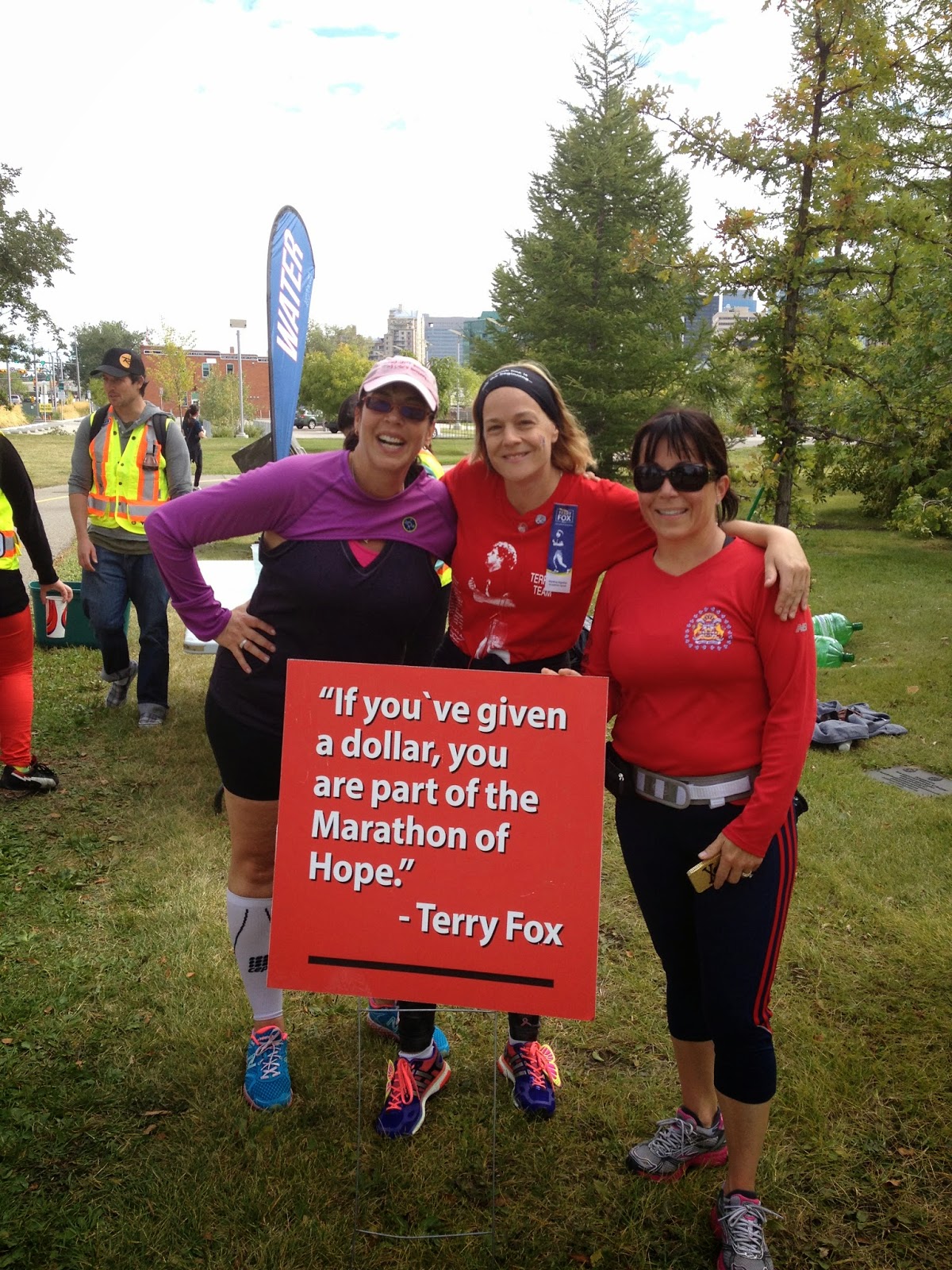 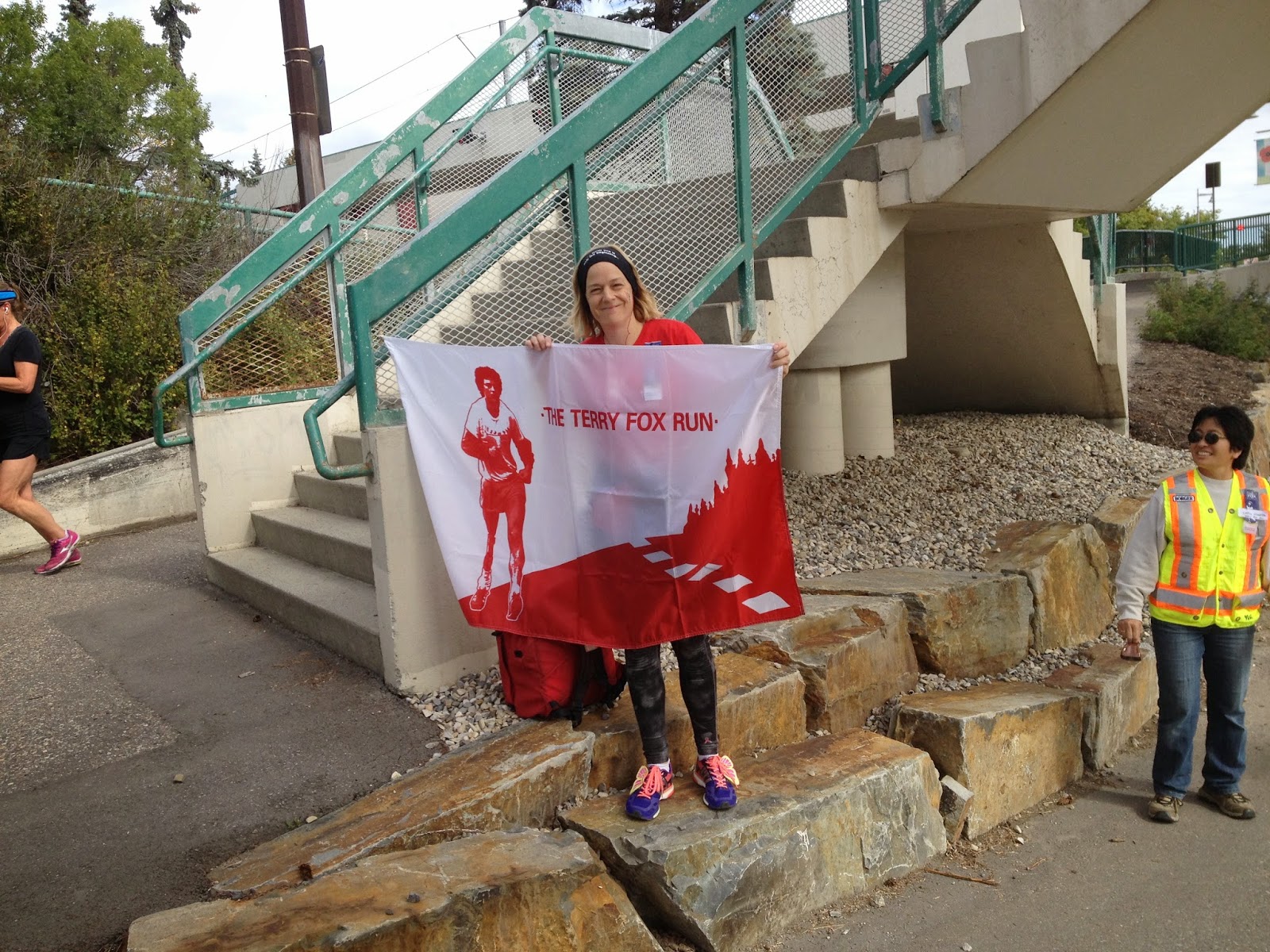 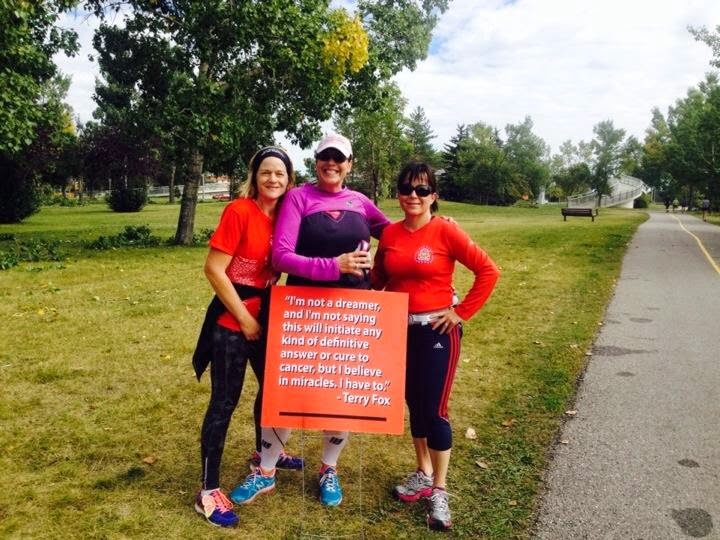 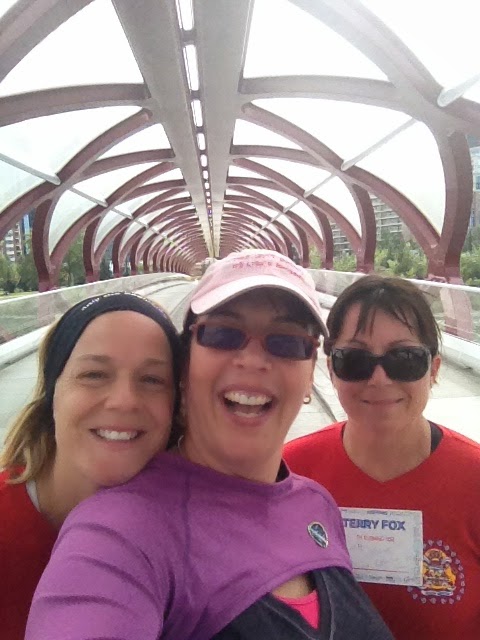 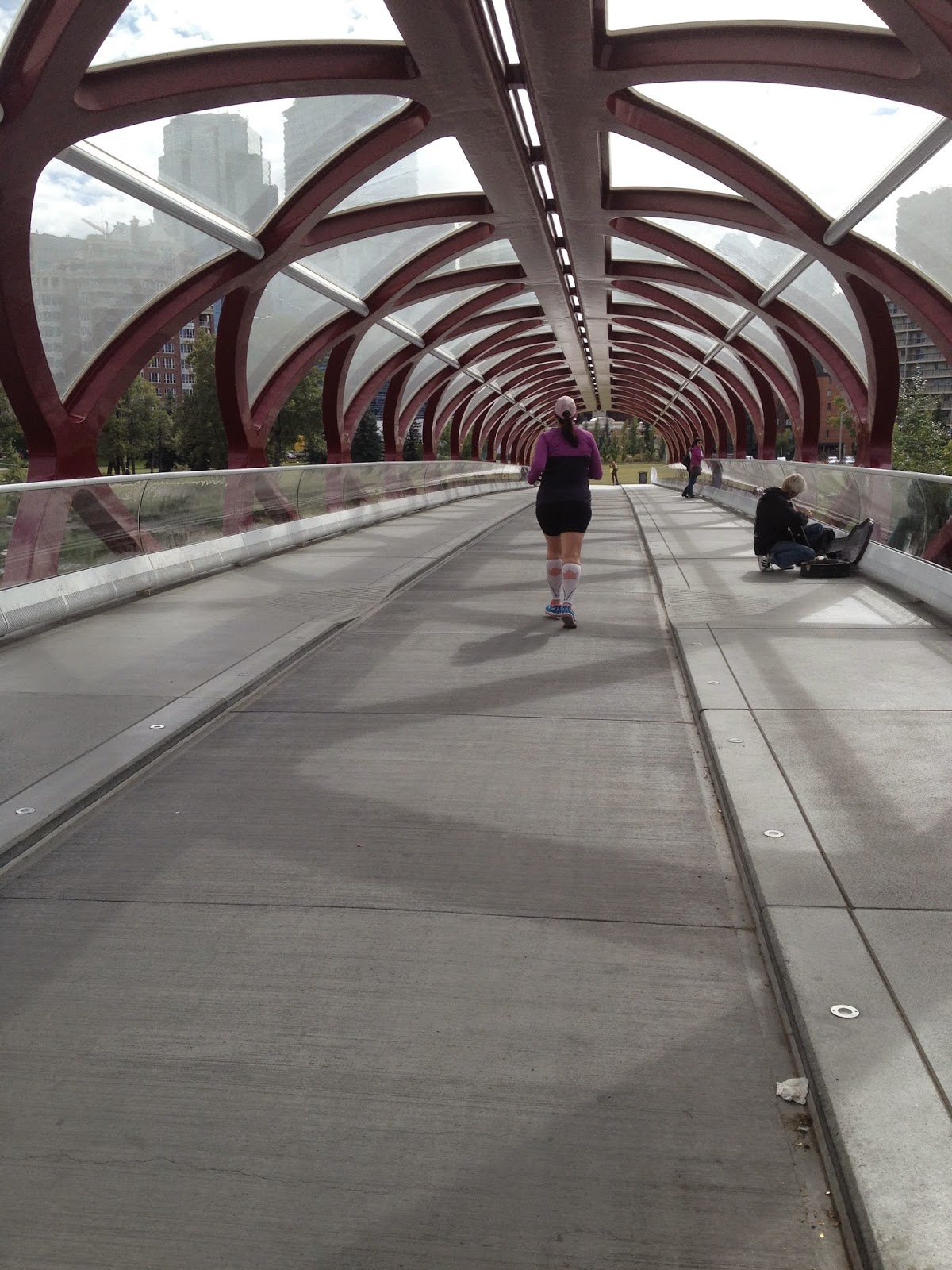 We had fun taking pics along the way. Sharing our Terry Fox memories. We chatted about Jenn's cancer journey, Sue's mom, Our memories of Terry. He is such a galvanizing figure in our history. Jenn was 4 when Terry came into our living rooms via the TV. I was 11 and Sue was 14. Loved our inspirational run today! 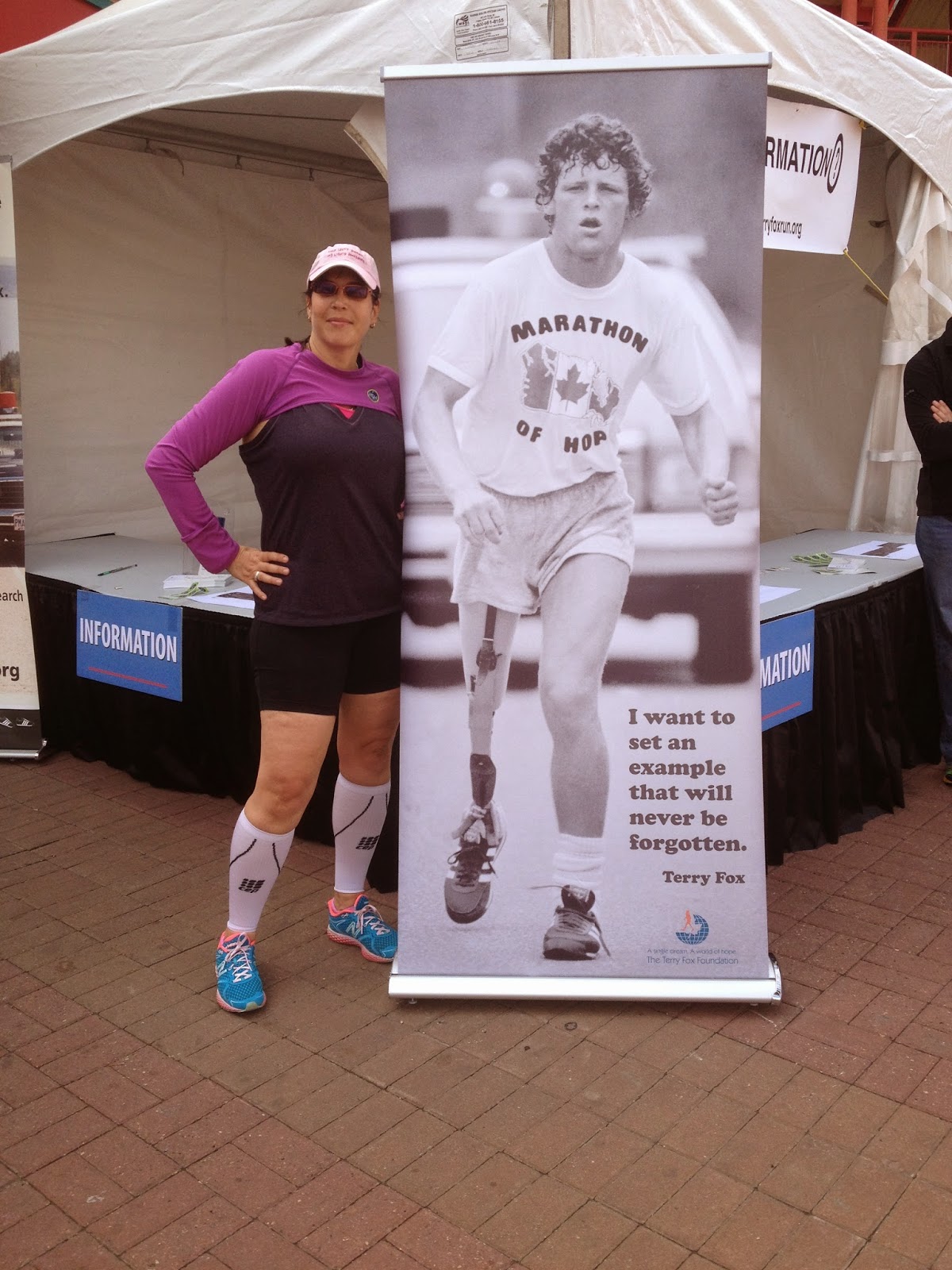 Besides honouring Terry's memory, we got up and out and got some more miles in.

I was in Grade 7 for my first Terry Fox Run!
1981 might be a long time ago....feels like yesterday sometimes.